MUST SEE THINGS IN BELGRADE

At the end of Knez Mihajlova pedestrian street you will enter Kalemegdan Park which is a connecting part of Belgrade Fortress. You first reach the Upper Town whose attractions include the Military Museum, Clock Tower, Damad Ali-Pasha’s Turbeh, Roman Well and Victor Monument. In the Lower Town, which slopes down towards the river, look out for the Big Gunpowder Magazine, Ružica and Sveta Petka Churches, Old Turkish Bath (Hamam) and Nebojša Tower.

Belgrade Card users have 50% discount on all available tickets. The ticket information is located at the souvenir shop within the Inner Stambol Gate, which is also where you must purchase tickets for the audio guide, ‘Nebojša Tower, Clock Tower, Roman Well and Big Gunpowder Magazine. Please check what attractions are open before you purchase the tickets. The Audio guide is available in six languages (Serbian, English, French, Russian, Spanish and German) where  39 points of attractions are described. The Belgrade Card holder gets the map with marked points on which there is a story. Total duration of the audio tour is 90 minutes. 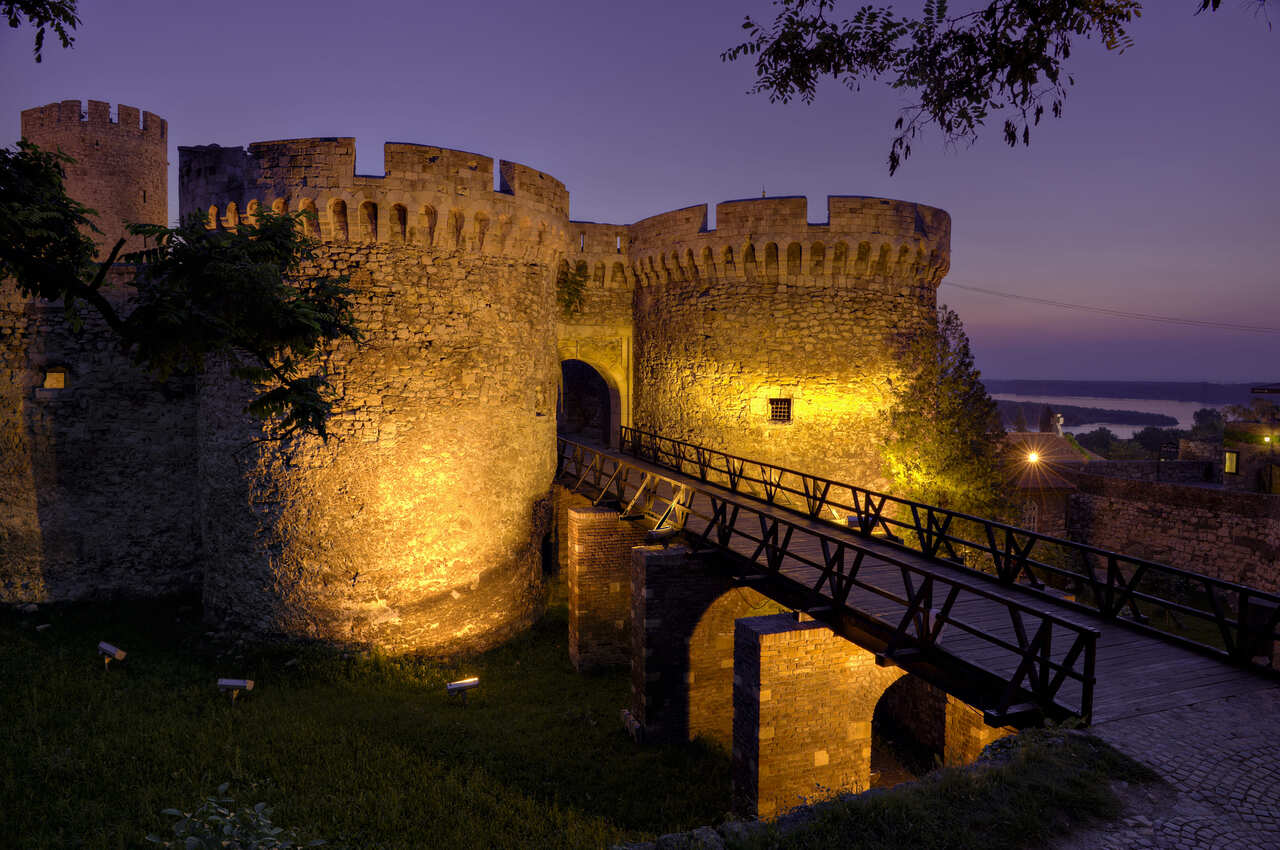 The Military Museum is one of the best army memorabilia in the world, located inside the walls of the Belgrade Fortress. No wonder it is the most complete military museum anywhere in the world because Serbia has been in 115 different wars and Belgrade was destroyed and rebuilt 44 times.

It was founded in 1878 and it keeps an impressive collection of artefacts all the way from the Neolithic period to the present day. The Museum is famous for its various examples of weapons, uniforms, flags, decorations, photos, art works and outdoor exhibition of heavy artillery including guns, tanks and other vehicles from the First and Second World War.

Belgrade Zoo also known as Garden of good hope, is located in Kalemegdan Park, downtown of Belgrade, Serbia. Founded in 1936, it is considered to be one of the oldest public zoos in southeast Europe and is the biggest zoo in the country and most visited tourist attraction in Belgrade. The zoo covers 7 hectares (17 acres) and has approximately 1,700 animals in more than 150 different wild and exotic species as well as domestic and indigenous ones.

Once you are there, see Muya, the world’s oldest living alligator (Alligator mississippiensis), was transferred to Belgrade as an adult from a zoo in Germany in 1937.

Use a Belgrade Card to enjoy a 36% discount. 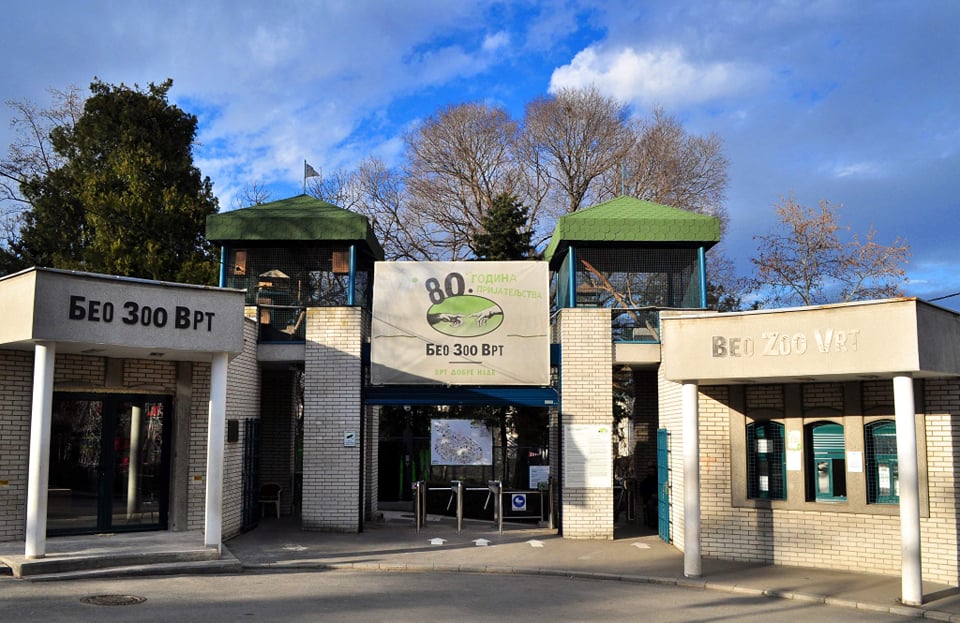 In the Residence of Princess Ljubica you can find a representative selection of fine and applied art objects from the collections of Belgrade City Museum. The objects dated from the 19th and belonged to the members of the ruling Obrenovic dynasty and prominent bourgeois families. The exhibition takes visitors through a time travel to old bourgeois homes, introducing them to the material and spiritual life of Belgrade’s citizens in the past.

Belgrade Card users receive 10% discount of the purchased ticket for the Serbian Slava celebration. Please call in advance to make a reservation.

The Residence of Princess Ljubica is one of a few buildings which had survived from the first reign of Prince Miloš Obrenović. It was built between 1829 and 1831, the Residence’s function had been intended as a residence of the Serbian ruling dynasties, however as it was located in the immediate vicinity of the Ottoman Turks, the dynasties stayed there only occasionally.

Every Sunday from 2 pm, be a guest at the celebration of a Serbian slava, where you’ll be immersed in a cultural ambience that’s unique to this part of the world. As your host acquaints you with the customs of the traditional feast. Try traditional zito (sweet boiled wheat), enjoy a glass of wine, sample a homemade donut, and taste Serbian-style coffee, where you will truly feel the spirit of the past and experience how everyday people celebrate Serbia’s many patron saints. The program is hosted in Serbian and lasts for 45 minutes. It is necessary to arrive at Princess Ljubica’s Residence at least 10 minutes before the commencement of the program. Seating is limited to 45 persons.

The Ethnographic museum in Belgrade is one of the oldest museums in the Balkans. Recently it has celebrated its hundredth anniversary and it rightfully deserves to be called a guardian of national culture.

The Ethnographic Museum was established in February 1901, but its roots reach deeper into the past. Gathering of ethnographic items started as early as in the middle of 19th century, and in 1844 some ethnographic items could be found in the National Museum of Serbia (Serbskonarodni muzej).

During the First and the Second World Wars Ethnographic Museum lost a large number of items, which perished in military operations. Thanks to maintenance of traditional way of living in the Balkans after the First World War the enlargement of the Museum fund was continued.

Enjoy a free entrance with your Belgrade Card. 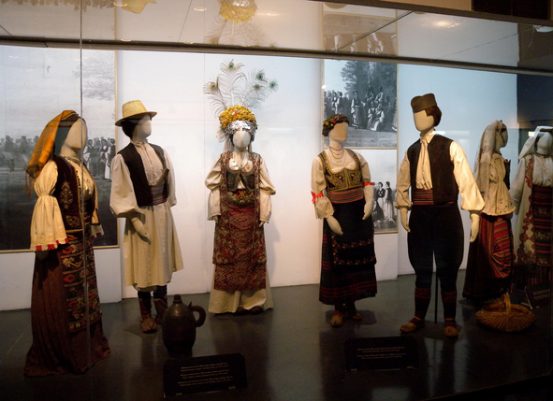 Serbian Orthodox cathedral church in the center of Belgrade, situated in the old part of the city. It was built between 1837 and 1840, on the location of an older church also dedicated to Archangel Michael (1573–1578). It is one of the most important places of worship in the country. It is commonly known as just Saborna crkva (The Cathedral) among the city residents.

The Cathedral is one of the few preserved monuments of Belgrade from the first half of the 19th Century and became a central support in the independence and final freedom from Ottoman rule. It’s interior is richly decorated with one of the most beautifully painted ceilings of all Serbian churches.

In the churchyard of the Cathedral, prominent Serbian persons of those times were buried. The relics of St. Czar Uros and St. Despot Stefan Štiljanović (†1540), tombs of Serbian rulers Prince Miloš (1780–1860) and Mihailo Obrenović (1823–1868, Dositej Obradović (1742–1811) Serbian writer and educator and Vuk Karadžić (1787–1864) reformer of Serbian language were buried in front of the main entrance of the Cathedral.

Free entrance for all, please don’t wear inappropriate clothes when entering the Cathedral.

A unique way to feel Belgrade, you can choose one hour to a whole day specialized tours with experienced guides. Ride along the vibrant streets of Belgrade and see some of its most iconic landmarks and cityscapes on your E-Scooter.

Please book the reservation on belgradecard@feelbelgrade.com 24 hour prior and use the benefit of 15% discount.

Ada Ciganlija, a river island turned peninsula, is affectionately known as Belgrade’s Seaside, and it is generally heaving with people once the spring begins until the end of autumn. Lake Ada is 4.2 kilometers long, 200 meters wide and between 4-6 meters deep. The entire ring around the lake consists of 7.7 kilometers of pebble beach. There are plenty of bars around for refreshment making a day of lounging by the water even easier.

Skadarlija street is the most energetic spot in Belgrade, it is full of restaurants, bars and cafes, all dotted along the cobblestones that are a delight to look at in the morning. Once the home of poets, academics and drunks, it is now focused on the tourism sector.

Skadarlija Street may not be very long, just 400 meters (1,340 feet), but it’s the most famous street in Belgrade. Located in the Old Town and is lined with vintage buildings. With a bohemian atmosphere, Skadarlija Street is considered Belgrade’s version of Montmartre in Paris. The restaurants and outdoor cafes welcome diners, including celebrities, from all over the world.

Knez Mihailova is the most famous Belgrade promenade, the guardian of the tradition and imposing history of the city, as well as the main meeting place for all visitors.

Knez Mihailova Street is one of the oldest and most respected landmarks in the city.

Even before the street was named after the Serbian prince, it is believed that it was the main street of Singidunum in Roman times.

A pedestrian street that has a charm, is lined with historic buildings and is where shoppers snap up bargains.

This website uses cookies to improve your experience while you navigate through the website. Out of these cookies, the cookies that are categorized as necessary are stored on your browser as they are essential for the working of basic functionalities of the website. We also use third-party cookies that help us analyze and understand how you use this website. These cookies will be stored in your browser only with your consent. You also have the option to opt-out of these cookies. But opting out of some of these cookies may have an effect on your browsing experience.
Necessary Always Enabled
Necessary cookies are absolutely essential for the website to function properly. This category only includes cookies that ensures basic functionalities and security features of the website. These cookies do not store any personal information.
Non-necessary
Any cookies that may not be particularly necessary for the website to function and is used specifically to collect user personal data via analytics, ads, other embedded contents are termed as non-necessary cookies. It is mandatory to procure user consent prior to running these cookies on your website.
SAVE & ACCEPT